The “Dreaded” Return to Medical Practice 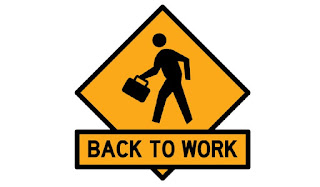 Returning to medical practice after a 4 years hiatus can be very unnerving. The physician who took a break for whatever reason, is understandably concerned about competency, age-related deterioration (both mental and physical), finding the proper niche for success, and trying not to relive “past glories” (whatever they may have been).

The concept of dread, as applied to emergency physician experience, was imparted on me by one of co-workers many years ago whenever he had to work the Saturday night shift knowing full well potential lurking disasters awaiting him. He named this experience “Getting a “Dread-on’”.  The Dread-on could start hours or days before the next shift, but its intensity was directly proportional to the time he had been away.  If he’d been off for 5 days, or worse, vacationing for 10 days, he would “sweat bullets” (another direct quote). The change from life off-duty to being in the busy ED was just too drastic to be without psychological impact.

Wikipedia defines the existential concept of dread as“Existential angst", existential dread, anxiety, or anguish. It is a concept commonly found in the work of many existentialist thinkers and is generally held to be a negative feeling arising from the juxtaposition of freedom with responsibility. The archetypical example is the experience one may have when standing on a cliff where one simultaneously fears not only falling off, but also the possibility of acting to throw oneself off. In such a moment, existentialists say, there is conjunction of experiences. While “nothing is holding me back", nothing predetermines the choice to either throw oneself off or to stand still. Consequently, one experiences an ultimate form of freedom that can manifest as dread.

While the return to actual work by this former partner was not usually quite as dramatic as one might think, sometimes the anguish was so overpowering that he was known to say “I seriously thought about running into the oncoming headlights, on my way in tonight.”  One could only shake one’s head.

In my return, I have found that even though medical knowledge changes rapidly, basic treatment plans require little adjustment. Re-sorting of antibiotic priorities has been the biggest minor hurdle. And, not surprisingly, the largest hurdles are getting re-credentialed and learning new computer systems.

Re-credentialing is fraught with delays, form, letters, and the task of convincing everyone that the same “idiot” who was doing this 4 years ago without too much difficulty, is still quite capable of the same performance. More daunting, you also have to convince yourself. That part is a bit of a psychological battle that reminds one of the current admonition among youth: “get your life together.” Overall, be prepared for the whole process to take 90-120 days at minimum.

Technology issues are pretty much the same as they have been for the last 10 years, or worse. While healthcare software systems have generally been designed for counting, billing, and data collection, and maybe some record-keeping, provider usability is a lower priority in most systems. One copes, though.  Coping is accomplished by learning shortcuts, giving-up on trying to make it better, and being a minimalist in documentation.

The adjustment to returning to the workforce was stressful for me but practicing medicine has always been enjoyable and rewarding. If you are considering such a move, be courageous, and do not be fearful. You can do it!