Is Your Electronic Health Record Hazardous to Your Patient's Health? 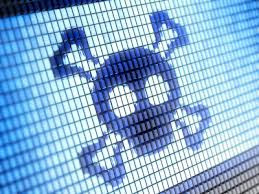 The Electronic Health Record has the potential of better care through improved legibility, warnings about allergies and drug interactions, improved communication to all providers, artificial intelligence for diagnosis and treatment, e-prescribing with accurate dosages, and improved patient education.

However, as usual the "devil is in the details", which may provide risks to the provider and the patient.
Many of the issues listed above force providers to hire scribes and more support personal meanwhile limiting contact with the patient.  They are busy swimming in the overwhelming paperwork!
EHR 2.0 will hopefully solve a lot of these issues, but the key is a USER-FRIENDLY version that is viewed as an asset not an obstacle.  Understanding work-flow by the computer developers and eliminating government mandated data collection are excellent first steps!﻿
Posted by Unknown at 7:00 AM No comments:

The Appeal of a Failed EHR Incentive Audit

The letter the hospital received said it all, “Based on our desk review of the supporting documentation furnished by the facility, we have determined that Hospital X has not met the meaningful use criteria………….Since your facility did not meet the meaningful use criteria, the EHR incentive payment will be recouped. You will receive a demand for  your total Medicare EHR incentive payment shortly from the EHR HITECH Incentive Payment Center.”
If that doesn’t get your attention, nothing else will. I wouldn’t want to be the one that received the email and have to be the one to show it to the hospital CEO or Board. I would imagine the CFO also would not be too pleased. It sounds so final, “did not meet the meaningful use criteria” and “will receive a demand for  your total Medicare EHR incentive payment shortly”. I guess that is why it is call Final Determination. It sounds like a death sentence. But it doesn’t have to be.
I was contacted by the hospital the week after they received notification they had failed their EHR incentive audit and to expect a demand letter for a seven figure recoupment. They only failed one meaningful use measure, and it wasn’t the infamous Security Risk Analysis. If I had been on board earlier I could have perhaps helped with documentation and clarification that would have met the expectations of the auditor. It is hard to go back and reconstruct what happened during the 2011 attestation. Staff changes and memory fades. By the time I knew anything the audit was failed and they were behind the eight ball. Not a good place to be.
I was raised in the red clay of Georgia and my Aunt Betty was always saying, “Thank my lucky stars”. It was always “lucky stars” this and “luck stars” that. Well, I can tell you, when I heard about the appeals process for failed EHR Incentive audits the first thing I thought was, “Thank my luck stars”. We were told we were the first hospital that took a failed audit decision to the appeal level. That’s right, we were #001. We worked through the appeal process by providing additional clarifying documentation and participating in a number of conference calls. I felt we received a fair and transparent hearing. Last week the hospital received an email stating, “….we are reversing the adverse audit determination”. Now that is one email I bet everyone was glad to share. Thank their lucky stars. I hope you have a few of those lucky stars in your sky if you need them.
Having to go the appeal route is a bad sign. It means you have not met expectations and without some additional viewpoints or personnel a reversal is unlikely. For all providers, and especially for hospitals where so much is at stake, if the EHR incentive audit process is not going smoothly you simply must seek expert guidance on the process and requirements.

Jim Tate is founder of EMR Advocate and a nationally recognized expert on certified EHR technology, meaningful use and the EHR Incentive audit process. Contact him at jimtate@emradvocate.com. 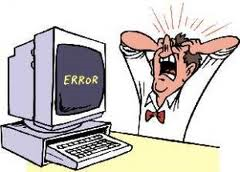 Steps to take when your computers and/or Internet fails.
Bottom line - Plan Ahead - It is inevitable!!﻿
Posted by Unknown at 10:00 AM No comments: 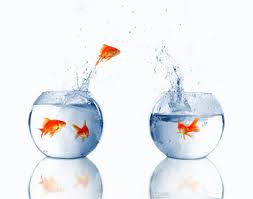 ﻿
They are various types of migrations.  We are going to focus on data and system migrations- both have many complex issues.
A new complexity has been added to the Electronic Health Record when practices, hospitals, departments and urgent cares either transition from paper to electronic and/or change products or vendors.  The reason for change include:
When purchasing a new Electronic Health record, it is incumbent that the "migration" to the new format is planned and supported by the vendor.  These include interfaces to capture old data, scanning solutions, 24/7 support, and a firm understanding by the new provider of the various complexities.

Avoid "re-inventing the wheel" by having these discussions with all parties to provide a smooth transition.  Do not suffer from inertia- the tendency of a body to maintain its state of rest unless acted upon by an external force.  Making changes to improve productivity, work-flow are always in your best interest.
Posted by Unknown at 10:00 AM No comments: