The following medical experiences happened to my extended family.  They show the multiple complex problems in providing medical care at an affordable price.  The people involved have given me permission to give brief details of their journey through the medical world. 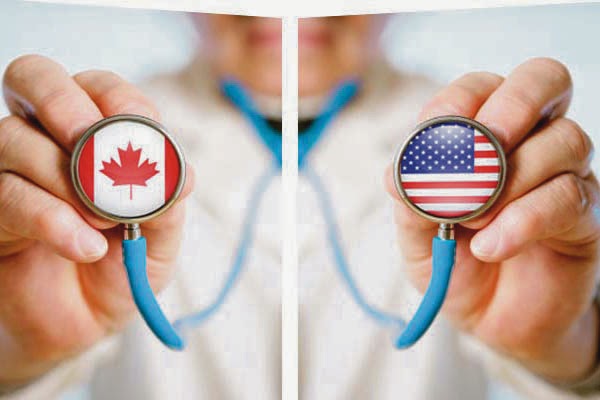 The first patient is a young male who experienced multiple episodes of tachycardia (fast heartbeat), sweating, anxiety, stress, headache, and weakness for greater than 3 years.  He had high blood pressure while on multiple medications with minimal control.  His friend consulted me about what could be wrong as she had witnessed several events herself, and decided he wasn't exaggerating or having a panic attack.

We looked up pheochromocytoma also known as PCC is a neuroendocrine tumor of the adrenal glands that secretes high amounts of catecholamines, mostly norepinephrine, plus epinephrine to a lesser extent.  His symptom complex matched 9 out of 10 on Google.  She wrote down the potential diagnosis and suggested work-up.  She presented what she had found to his doctor.

The patient is a Spanish citizen on a national health insurance.  The doctor had never heard of this illness, but referred him for testing.  It took approximately 60 days to get a specific urine test, which tested positive.  He was then referred to the specialists where he was admitted and waited 5 days for a cat scan to confirm and locate the tumor.  He was operated on 2 months later and is doing well.

Pheochromocytomas are a potentially high risk problem leading to stroke and other cardiovascular events.  He received multiple medications to control his blood pressure with multiple negative side effects.  He is off most of his medications now.

The problem was taken care of, but took 6  months.  His personal direct cost was negligible, but indirect costs including problems at work, anxiety, and stress were very high.

Our second patient is a young female with non-ruptured appendicitis who went to the emergency room in the US.  She was diagnosed and sent to the hospital for outpatient surgery.  She was discharged from the surgical area 6 hours post-operatively.  She made an uneventful recovery.

Her care was excellent, but the downside is she has a $10,000 deductible health insurance plan.  She is basically a de-facto high deductible insurance self-pay patient.  Her bill including emergency department, diagnostic tests, ER physician, radiologist, anesthesiologist, operating room and surgeon was approximately $47,000.  The event lasted less than 24 hours and shows the major disconnect between actual costs, charges, write-offs, and negotiated prices per insurance plan.

As health care costs spiral out of control, these two examples at different ends of the spectrum show the fundamental flaws in both systems.  The present system does not work for the low-income high-deductible patient (majority of people).  The single payer system probably does not cost less, but spread the costs over the entire population.  The price is lack of efficiency and time wasted.

In the article The Hidden Cost of a Click, the author states, “A bad user interface can turn an EMR/HER into a minefield of medical errors and inefficiency.” 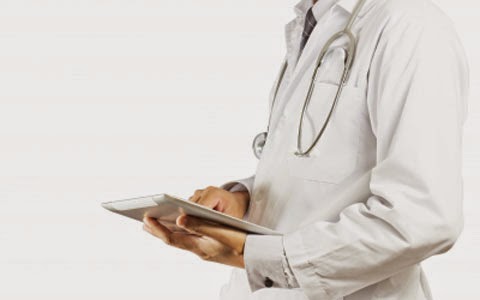 At the present time, the number of clicks necessary to fill out a chart is endlessly time consuming and non-productive.  The cost per click is now being calculated and quantified.  The work flow is slowed down and there is a real-not imagined- price to pay.
One solution is to create an auto-flow sequence that is tunable by site or provider and that comfortably guides the clinician from one area of the chart to another in a logical-customary- sequence.  If an out of sequence entry is desired, this should be easily accomplished.  A system with automatic guidance will eliminate the need to figure out where one should go next, especially if one is interrupted.  When it is acknowledged that one area is complete, it then moves to the next area when documentation is continued or resumed.  Once the area is completed, the list shrinks.  Your favorite click might be auto-sequenced.
An example sequence could be...
Navigation would be significantly simplified.  The provider can always go to any area directly and in any order.  Nursing notes might be reviewed, if easily accessible.  Training would be simplified and hopefully stress-reduced.

As Electronic Medical Records mature, the legal community is getting the handle on how to use the volumes of data, timelines, and computer speak to win more cases.  Vulnerability is greater and more complex than in the paper world, as some unintended misrepresentation of the care given may be more hidden, and therefore not as evident to you, and therefore not as evident and open to inspection and correction.  The article EMRs can be costly in malpractice suits have the basic message in the title. 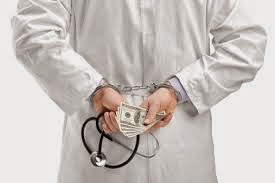 Some prominent points:
Clearly, the electronic health record is both a theoretically great solution and a minefield of potential legal issues.  It is important to keep this in mind when signing off on the EHR record of any patient, and to choose an EHR which helps you verify the correctness of the final data recorded.

The provider must never forget that the computer automatically captures the timeline of documentation in the document.  However, that recorded timeline may not accurately represent the sequence of care.  It is thus important to state the actual timeline (sequence, preferably with times) of clinical events in the clinical course of the medical decision making.  Many cases that go to trial hinge on a comparison of times between the records made by the physician, the nurses, the other staff, and yes, now, the computer.

Read the final output before signing.  A few words or sentences typed or dictated through voice-activated technology (e.g. Dragon) can insert meaning and coherence into an automatically synthesized notation that otherwise would read like "electric babble".  Read the nursing notes.  Explain any discrepancies.  Read that last sentence again.
Acknowledge warning alerts and state in the record your medically appropriate decision, along with a brief summary of the basis for that decision.

The cost and complications of the electronic health record will continue to rise until the process is simplified and designed for end-users.  It is going to get worse, before it gets better.

Posted by Unknown at 2:19 PM No comments:

Shake Those Chakras and Bind Those Bandhas

In the recent article, Warrior Pose - One way to help veterans with PTSD?  Lots of yoga., the author describes how a soldier fell in love with his time on the mat- with yoga's traditional asanas aka poses and deep breathing.   After attending yoga classes for 2 years- I can now touch my knees!  The terminology thrown around is still confusing.  The instructors intersperse Sanskrit terminology with modern day definitions including multiple animal named postures. 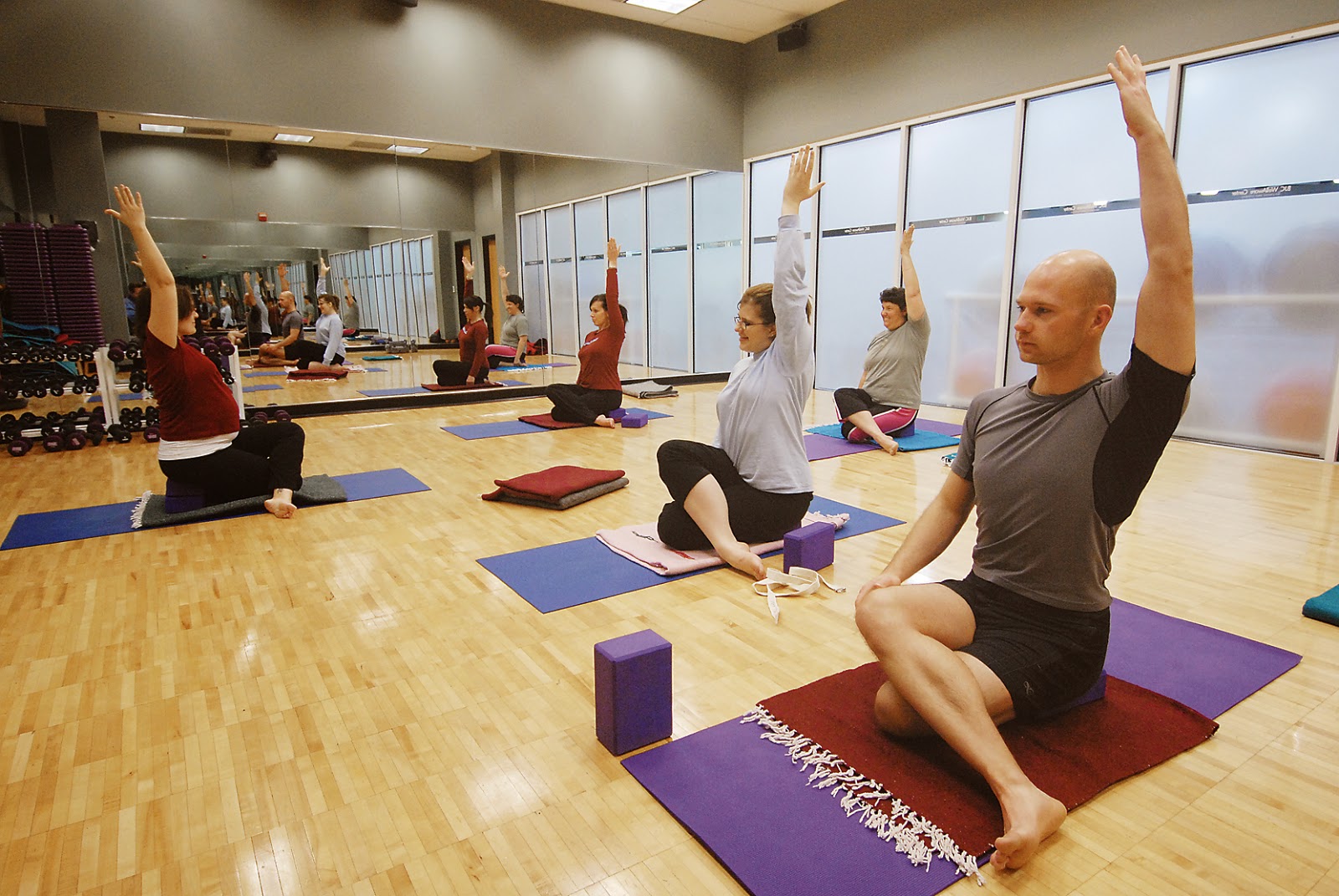 The following are some general terms and simple explanations for the uninitiated.  Yoga has gone mainstream and multiple references are made that might even be amusing, if you knew what they were talking about.  This is not a complete list.
It is well known that those raised in a western culture, have some difficulty fully comprehending the underlying meaning and intent of eastern practices.  In a famous conversation between Carl Jung- one of the principle founders of western psychology and Masao Abe- a Zen academic and proponent of east-west dialogue, the two agreed that their foundational mental capacities were so cully determined by the cultural upbringing, that they could never really understand one another.

As you can see this is a foreign language.  This should not deter one from trying a few classes out.  Flexibility, balance, focus, ad weight loss are all secondary great benefits when one participates in the process.  This can be a key health benefit for the AARP crowd (myself included) to have the physical and mental health to enjoy a slower version of life.

Posted by Unknown at 1:29 PM No comments: