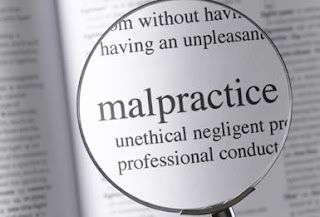 Consider two possible causative explanations, one employing a defensive approach, and the other an offensive approach. Opposite forces, same result. How? In the first, physicians studied may actually have practiced defensive medicine, with the mindset of defending themselves from lawsuits. In the second, they have practiced offensive medicine, being more careful for the benefit of their patients, and being little influenced by defensiveness. In either case the same association would have been shown: more tests, less suits. Indeed, it could be the case that more careful doctors make more accurate diagnoses, and have fewer suits. The only difference between these obverse sides (defensive/offensive) is motive.

From the defensive side, the authors give multiple reasons why malpractice occurs where some skill improvements might be of benefit, including poor interpersonal relationships and impaired communication abilities. From the offensive side, when one is doing one’s best in behalf of a patient, there is little that can be done about unanticipated bad outcomes, unexpected diagnostic errors, cognitive errors, and systems errors. These happen to the best of us.

Nevertheless, defensive medicine is a fact of life for most physicians in the United States. It is present to some degree, even if slight, in most of us. It is the “Elephant in the Room.” Even though multiple studies contend that malpractice risk is overrated, those of us who have practiced for more than a few decades (or more) know that a multiplicity of factors get poured into each clinical decision, and no less into the question of what tests to run. While defensiveness may creep in now and then to some degree, it is not the whole picture, as it simply does not control clinician minds. Most of us make decisions based upon that we think will benefit the patient, not upon what will keep us out of court. True, a good outcome is less likely to result in a suit, but we tend not to live in a pessimistic world where every patient is a lawsuit waiting to happen. Some believe that physicians do think that way, but it is an untrue picture because most practice optimistically.

Yes, there are those who have allowed defensiveness to rise to the top in their decision-making.  But not all in the house of medicine have done so. No, not all, and more precisely, only few have defensiveness dominate. Of course, for each of us, there have been times it has become more of a force than we would like, perhaps when under stress, or perhaps when the memory of encountering a plaintiff’s attorney is still fresh. But for the most part, we get back to practicing primarily for the sake of patients, letting potential litigation chips fall where they may. We do that largely because we know that lawsuit apprehension is not what really motivates us, nor what is best for our patients.

Unfortunately, a big part of the malpractice setting is the psychological and emotional damage a suit inflicts on defendants. Loss of money may happen; worse are losses of self-esteem, meaning, and identity. Then there are the potential appearances of alcohol abuse, substance abuse, and marital discord. These are only a few of the untoward consequences that accompany becoming a malpractice defendant.

There is also the chances one may lose their job or that potential advancement may be spoiled. The state of Florida has a 3-strike law that can actually force one to leave the state. We have been told that being referred to the State Department of Regulation can be a worse experience than being sued.

A provider who is currently, or was previously, a defendant must live with a cloud that follows him or her around, raining thoughts about the “mistake” that may have harmed someone. Whether fault really was present is often irrelevant when the defendant bears psychological consequence. Endless pressure to perform at 100% accuracy in a world where errors are not taken lightly, may, over time, extract a toll on the joy and satisfaction practicing medicine should otherwise have. One sometimes hears youths, as well as mature ones, say that medicine can be a great career, but there are easier ways to make money.

Now, when we, or one of our loved ones, becomes sick, don’t we want the cautious, caring physician, on the offensive in your corner, whether his ordering stats appear to be “defensive” or not?

Are there any solutions to this conundrum? Having a non-combative no-fault malpractice system (as in Australia) would be a good start. While a no-fault approach does not eliminate malpractice claims, it enables most injured patients to get their day in court without demonizing the provider.

Communication and system issues are prime sources of patient dissatisfaction. Still, because little can be done to reverse a bad outcome, a no-fault system has definite advantages.  It has the ability to provide resources for the patient and the family, while simultaneously protecting all concerned, including the physician.

In conclusion, it is only logical that providers might order more tests to protect themselves from all the downsides of lawsuits. On the other hand, it is also only logical that physicians order tests in larger numbers to protect their patients from bad outcomes. How do you tell these apart? These two paths to more testing are indistinguishable. But in either case, even though the provider is being risk averse for two apparently different reasons, ordering more tests will not prevent lawsuits.
Posted by Unknown at 3:15 PM No comments: 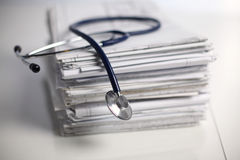 In the article "How your hospital can make you sick", Consumer Reports paints a pretty negative picture of hospital acquired infections. The data is disturbing, but without context can lead to reaching conclusions and action plans that may or may not work.

The Electronic Health Record contains endless amounts of information but may or may not provide the precise data researchers seek in an easily accessible form. Optimally, the EHR collects the data automatically, without need for provider input.  But all too frequently, data is incomplete or inappropriately classified; unless an answer to a specifically requested question is input, the data may become difficult to retrieve.

Most commonly the providers do not know the questions that are needed, and do not therefore record whether they have or not done performed some action.  A good example is not recording that the patient is a MRSA carrier who then leaves the hospital with MRSA Cellulitis and Dehydration. Did the patient acquire the infection prior to entering the institution or after hospital exposure?

The Electronic Health Record can be used as a tool to capture this data. The providers must know the questions and the organization must create buy-in to collect the data. There are various methods. The easiest is a checklist prior to discharge that answers the questions easily with the ability to provide context. This context can explain a behavior that may seem inappropriate. Moreover, it can be entered into the EHR by a non-provider at a latter time.

The bottom line is the EHR can be formatted to help the clinicians answer the tough questions.  This may help various institutions avoid the dreaded headlines in the morning paper (if anyone still reads it).
Posted by Unknown at 3:15 PM No comments: