The True Cost of Litigation

The battle over malpractice rages on with providers on one side and the lawyers and plaintiffs on the other. The latter side feels that malpractice costs are minimal and simply represent a “cost of doing business,” while providers make the case that they endure unnecessary stress, expenses, and the impossible burden of having to be perfect, 100% of the time. More than unnecessary, providers feel, the tort system for medicine takes them away from direct care activities, and distances them psychologically from their patients. 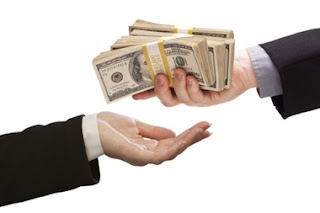 The article 2% of Physicians Involved in Half of Malpractice Settlements but Few Doctors are Sanctioned makes the claim that malpractice is a function of “bad and incompetent providers”.


“Fewer than 2% of all physicians reporting to National Practitioner Data Bank (NPDB) over the past 25 years were responsible for half of all settlements, a total of more than $41 billion”. The implication being made is that bad doctor’s account for a majority of payouts. That’s just irresponsible hocus-pocus. Why? For for many reasons, but the first glaring one is the other half of settlements therefore come from the remaining 98% of physicians. That’s is a big piece of the medical workforce.  In addition, an obvious bit of statistical legerdemain is present. It is called sampling error.  By just looking at settlements, one only sees the tip of the iceberg.  That’s what sank the Titanic, and it has a sinking effect on the practice of medicine, too.  What is under the surface of such a view? The cost of litigation, defense, trial, deposition, and on-and-on add up to a much more massive number than $41 billion.  And, it does not end there. The costs of psychological stress, work lost, defensive medicine, cumulatively add to the huge burden malpractice litigation places on those whose are just trying to help others by means of medical science.


While the report Medscape Malpractice Report 2015: Why Most Doctors Get Sued states that “Fifty-nine percent of respondents to the Medscape survey have been named in at least one malpractice suit. Nearly half (47%) were among others named in the suit, and 12% were the only parties sued. While among the specialties surveyed, some were sued more than others, no physicians are immune. A 2010 American Medical Association (AMA) survey reported that among all physicians, 61% had been sued by late career


The last article discusses Ten Notable Physician-related Malpractice Statistics, “Most physicians will face a malpractice lawsuit at some point in their careers. More than 61 percent of doctors older than 55 have been sued at least once, according to the AMA.”   “General surgery and OB/GYN physicians are most likely to be sued.  Nearly 70 percent of physicians surveyed in these specialties had been sued, and 50 percent of physicians in these specialties had been sued twice, according to the AMA report.”


It is a fantasy to think that that eliminating “bad” providers will eliminate malpractice. No provider is immune. In fact, almost every physician in a high risk specialty (such as 1.Ob-gyn, 2. General Surgery, 3. Neurosurgery, 4. Orthopedic Surgery, 5. Emergency Medicine) will be named in a lawsuit during their career.


It is important to remember that most statistics do not include the cases where multiple providers are named and subsequently dropped by the plaintiffs. That’s common, as plaintiff’s lawyers generally name everyone whose name appears anywhere they look. Yet, being named alone is more expensive, stressful, and potentially practice changing.


The depth of despair that such suits cause in providers is rarely revealed. Many consider it not unlike a “death in the family,” leading to depression, increased “defensive” medicine, and even leaving the profession. Defensive medicine occurs when patients begin to be seen as potential adversaries, and possible heartaches, instead of someone that needs help. Defensive medicine leads to excessive work-ups and tremendous costs. When the legal profession says that malpractice costs are reasonable, they do not factor in the billions of tests ordered just to cover all bases.


The “other side” is correct that recurrent offenders are infrequently sanctioned. Patients who were injured by “true” incompetence should be compensated, but bad outcomes are not necessarily the results of negligence. Sometimes, though it is not often brought out in litigation, the patient just had a bad disease.


When adding up the potential benefits of removing the malpractice hammer hanging over everybody’s head, the amount would be staggering. Critics would argue that states like Texas have made providers immune to most malpractice, but it takes years to end the paranoia of lawsuits.


Adopting a non-adversarial and non-lottery type malpractice system, across the board, would serve both patients and providers and cut the cost of medicine significantly. But when talking about this huge expense within medicine, it is quite like the elephant in the room that no one wants to admit is there (especially the lawyers).  But the smell is still obvious to everyone.

Posted by Unknown at 8:28 AM No comments:

Saving for a Rainy Day

Saving money for retirement, legacy, charitable giving, and lifestyle can be extremely difficult for most people. My peer group suffers the “Disease of Fixed Expenses”. This is where all the bills and obligations need a certain # of dollars every month to break even. Avoiding this trap with family, relatives, and other financially demanding types at your heels is not simple. 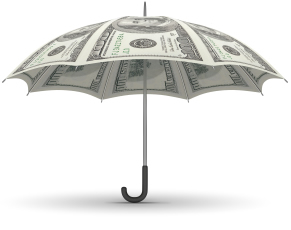 Creating a savings plan that everyone (your entourage) agrees to is the first step.  Fully fund your Roth IRA's, 401Ks, other pension obligations before you spend any dollars.  Prepare you budget with the money left over from the savings plan, not the opposite directions or there will never be any.

Your savings on average will double every 6-8 years depending on the prevailing interest rates and net returns on your investments. If one could save $100,000 by age 35, one would have $1,600,000 at age 67 by leaving the money alone.


The greatest misconception that many have in our shoes derives from an absence of financial education. Most of us had none. There is the simple fact that most, therefore, do not get, and if at all, not until too later in life:  money saved, can actually work for you. Yes, that is it. That is correct. Money in the bank can do the equivalent of shifts for you.  In 2016, one million dollars can reasonably bring you in $5000 a month; two million dollars can bring $10,000 and so on.  And when you are in your 60s and 70s (yes you might actually live that long), not having to work those shifts is a blessing.  Think about it: stored work.


The biggest mistakes that my colleagues and I have made concerning retirement are.


5.    Thinking that your home equity is your retirement money. You still have to live somewhere.


6.    Forgetting you will probably live more that 18-20 years past retirement without a check.


10.   Not staying in good physical shape


In conclusion, save while you are young.
Posted by Unknown at 8:13 AM No comments:

In the ED community there is a new marketing tool—30 minute or less no-wait ED service.The implication is a provider (physician, PA, or NP) will greet you- a la the Wal-Mart greeter- to begin the service relationship. There are billboards, internet advertising, etc. that proclaim your care will be improved because it will be faster. 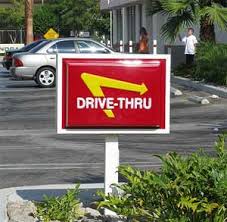 If properly conducted where the patient is fully evaluated, there should be significant PRC or Press-Ganey score improvements.I would prefer to see the metrics based on speed, quality, and outcome.This would be the “ED Value Plan” that encompasses speed, efficiency, communication, and quality. (9 out of 10 members in my family would choose this plan).The provider will discharge, admit, or carefully discuss with the patient and family the “Battle Plan” for disposition at the 2 hour mark.1. Discharge prior than 2 hours2. Admit prior than 2 hours3. Discussion with patient.         a. Outline the timeframe         b. Discuss need for more tests (CT abdomen)         c. Waiting for consultant         d. Providing more treatment to avoid admission (i.e. fluids, 2nd set of troponin levels
Posted by Unknown at 12:07 PM No comments:

To Err is Not Just Human

In the article How to Eliminate EHR-Based Medical Errors, presents a list of computer errors that affect patient care. While many tend to blame poor programming and software glitches, these developmental issues are only partially to blame. The ultimate culprit is a lack of standardization in EHR systems, in general. Sufficiently standardized systems would make it possible for a physician to enter data at one hospital, and when at a different one, use the very same methods. 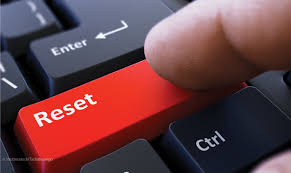 Unfortunately absence of standardized interfaces is ubiquitous in our currently technological society.  For example, how often does one go to one store, say a grocery store, and when trying to pay for goods, has to deal with a card reading device that is entirely different from the adjacent store.  One has to figure each one out independently. If spending too much time shopping, one could easily run into ten different interfaces.  Quite maddening.  But that is the normal world, one would expect better of medicine and medical technology. Or is that expecting too much?
Some examples of the confusions encountered include:

1.  Data base/CPOE’s (computerized physician order entry systems)have inconsistent dosing for medications, or manages to switch the dosing between 2 medications
a.  Solution is national data base for CPOE. The data base can “live in the cloud” and be accessible to all

2.  Artificial intelligence that is artificial but not intelligent, such as incorrect weight adjustment for natural growth
a.  Solution –data base that is accurately age and weight adjusted and that catches irregularities and sends notification.

3.  Failure to inform clinician of critical lab information is a major problem.  The more clinicians are depending on technology, the more they naturally depend on them to flag problems.
a. Solution –warning system of critical lab results---coordinated through a national data base for national CPOE, mentioned above.

5. Duplicate patient records.  How difficult is it when Patient Sam Q. Brown enters and registers as Sam Brown.  But the computer is thrown off by the absent Q…..and then a second record is created, one that does not have all the important information that Sam Q needs to have in place.
a. Database error created by expected variance in human nomenclature. The error should be trapped and the medical team prompted to sort it out and reconcile the records. Google does this, why can’t medicine.

6.  OUTPUT is “Gobblygook” at best. A combination of typing, cut and paste, macros, mini-macros, and  “computerize” that makes no sense. The inputs are all given the instruction to create text. There is no instruction set that can be made which will create automatic meaningful text.
a.  One solution may be greater use of voice recognition. For example, Voice Activated Technology (Dragon) allows a clinician to dictate several common sense sentences about what really happened during the encounter.  Siri does pretty well on this too.  Apple, Dragon do it, why not get medicine more fully on board?

7.  Scanned documents sent to wrong patient.
a.  No fail safe mechanism exists for stupidity or incompetence

8.  Action items never were seen or acted on by the clinician.
a.  Programming issues/inappropriately mild alerts can be blamed, often
b.  Often, it is difficult for a provider to comment on action taken because there is an inability to easily add addendum.  Developers should really try to make the systems at least better than paper in this regard.

The fundament problems are lack of standardization, easy navigation, appropriate warnings, and ______________ fill in the blank. Meaningful use money would have been better spent on a national data base and CPOE. Each vendor could then create their own system with built-in universal knowledge, integration, and interoperability as a baseline.