For Every New Medication 2 Need To Be Removed 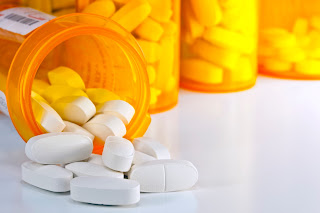 One of Donald Trump’s campaign promises was: “I will formulate a rule which says that for every one new regulation, two old regulations must be eliminated.” No matter what you personally feel about the new president this idea makes a lot of sense.  Many would be happy with just “no new rules, period!” But the 2 for 1 rule (a twofer) can easily be transmitted to multiple other areas of consideration, especially in pharmaceutical realm regarding prescribing of endless medications without making the critical decision to eliminate any.

Problems with side effects and medication reactions plague the elderly and/or chronically ill patient who carry or store suitcase full bins of pharmaceuticals. Compounding this, when more than one doctor is involved, they rarely decide in concert what to use, and multiple treatments from a stack of practitioners often lead to serious consequences.

The article Adverse drug reactions in the elderly author quotes, “Medications probably are the single most important health care technology in preventing illness, disability, and death in the geriatric population. Age-related changes in drug disposition and pharmacodynamics responses have significant clinical implications; increased use of a number of medications raises the risk that medicine-related problems may occur. “

The number of patients suffering from polypharmacy, significant adverse reactions, and admissions to the hospital is significant and radically increases with age. Many are dose related which alter blood levels of potentially beneficial medication; these can then become life threatening. A good example is blood thinners whose pharmacology can be affected by multiple contemporaneous common medications like antibiotics or ulcer medications.

In a prior blog, a semi-tongue-in-cheek approach was suggested: if the medication bag was too complicated to list easily then the bag should be weighed, discarded and start new treatment plans from scratch. It is not a bad idea. Why weight it though? Some kind of list should be made before tossing that considers what symptom or problem the pharmaceutical is supposed to address. Then after tossing the bag, one can see if each problem still exists, and if a therapeutic avenue has been taken with the new medications.

In conclusion: many seriously ill patients need multiple medications to survive but after too many, a situation of diminishing returns sets in, and side effects often become more serious than the original problem. Maybe, after 5-6 medications are prescribed for chronic complaints, a serious analysis of the need for “all” of these treatments needs to be done. Taking unnecessary medications can be dangerous, create new clinical problems, and dramatically increase the expense of care. Adopting a policy similar to the regulation policy suggested in the beginning may be a good start.  In fact, any individual on more than 5 medications deserves a review on a regular basis, with the intent of eliminating any that are either ineffective, dangerous, or in excess.
Posted by Unknown at 8:00 AM No comments:

"Take Me to the Emergency Room" 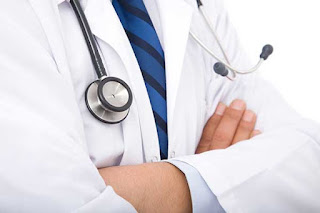 A 2014 18-month study followed 25,000 low-income Oregonians who won Medicaid coverage in a lottery as part of the Oregon Health Insurance Experiment found that expanding health coverage increases emergency room use. If the finding holds true, it could undercut an argument for the new health care reform law.  The claim is that it was seen across all types of visits that could theoretically be handled in a “less-expensive” outpatient setting.

One of the tenets of the Affordable Care Act is that by providing insurance to everyone; this would be lead to limited Emergency Department utilization. The problem is very complex and the government solutions do not reflect the behavior patterns of the healthcare consumer.

A respected Emergency Department and Urgent Care billing  consulting company felt that Emergency Department Visits would increase by 10-20 % and that the self-pay rate would increase from 18-20% to 30%. This is a reflection of increased Medicaid access and patients having to deal with $5-10,000 deductibles. These deductibles turn an insured patient into a de facto self-pay.

The consumers have voted with their feet in the last 15 years and realized the Emergency Departments and Urgent Cares provide excellent care. They also realize that Emergency Departments cannot ask for “cash up front”. An alternative view to over usage of the ED is that the ED has for years been a significant factor in increased excellent health care and coverage. The government may rethink the whole ED dogma and make it a central clearing house that distributes to Urgent Cares, Family Practice, Internal Medicine and various specialties. With a revamping of the payment schedules, this could accommodate consumers and control costs.
Posted by Unknown at 8:00 AM No comments:

Excellent Synopsis of the History of the Electronic Health Record 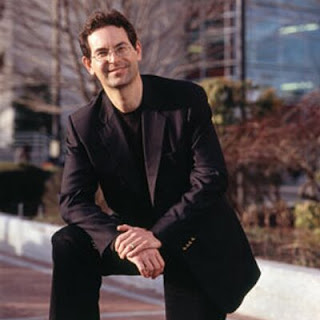 The HITECH Era in Retrospect by John D. Halamka, M.D., and Micky Tripathi, Ph.D. is an accurate description of the introduction of computerized technology into the medical arena. It is must read for all providers.

Wikipedia states “John D. Halamka is a physician who focuses on the adoption of electronic health records and the secure sharing of healthcare data for care coordination, population health, and quality improvement.” His C.V. emphasizes his credibility.

The multiple blogs co-authored by myself and Dr. Kamens reflect multiple story lines brought up by Dr. Halamka as the benefits and deficits of the Electronic Health Record.

As Dr. Halamka points out, a big factor in the evolution of a tool that should help, but instead harms (thus not in the manner of primum non-nocera) has been government intervention into a process they little understand.  Given oversight throughout the evolution of EHR requirements have been office people, desk sitters, academicians, and others who have little or no actual clinical experience.

As a result, the guidelines through upon which developers have created the software that runs EHRs have been disconnected from real clinical needs and utility. Despite all the negativity, there is hope the electronic interface can be adjusted to the needs of the provider and not just to endless data collection. That however, as noted in the article, will require a commitment to involving providers in creating practical ways to do things better.

Posted by Unknown at 3:23 PM No comments: 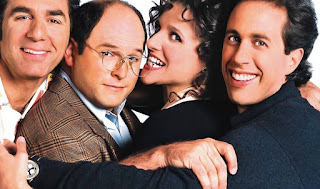 "The Yada Yada" is the 153rd episode of the American NBC sitcom Seinfeld. The 19th
episode of the eighth season, it aired on April 24, 1997. “Yada Yada” is boring or empty talk
listening to a lot of yada yada about the economy —often used interjectionally especially in
recounting words regarded as too dull or predictable to be worth repeating.

After writing more than 200 blogs over the last 5 years Electronic Health Records and
Information Technology, myself and my co-author Dr Kamens constantly review the literature
and the same blogs can be printed today that were written 5 years.

There has been quite a bit of progress but no earth-shaking change to improve the
“Electronic Experience”.

Despite the recurrent, endless problems with the Electronic Health Record and it’s desire
to control human behavior (unlikely), we will continue to occasionally inform, amuse or
relate to human user.
Posted by Unknown at 8:00 AM No comments: 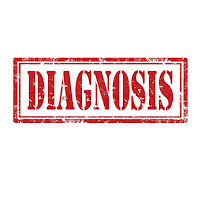 In the wrongful death settlement with DuPage Medical Group, Alexian Brothers and Ochoa family,(Personal Injury Lawyers at Cogan & Power . . .) the plaintiff attorneys recovered more than $3 million dollars in “Failure to Diagnose Case” of a patient who died of a complicated headache. The article states that the patient of their clinic with chronic headaches was seen multiple times with no tests being performed.

This showcases a familiar response to a patient returning for the same complaint multiple times. The providers were suffering from “anchor bias” – relying on the first piece of information offered when making subsequent judgments.

These errors could be avoided by using a risk-factor driven electronic health record to review old records and reminded when important risk factors are ignored.  In the case, it was not differentiating between a benign headache and a life-threatening one by not asking the right questions.
Posted by Unknown at 3:17 PM No comments: