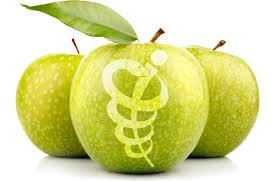 Staying current in the rapidly changing world of medical education, guidelines, protocols, and technological innovations is a continual challenge for most practitioners.  Having practiced since 1975, multiple reinventions of the wheel, standard of care, and now evidence-based medicine have all had their days in the sun.

Evidence based medicine is now the buzzword for all education, but unfortunately, a lot of the data was not obtained in blinded, multi-center, prospective studies.  Much of the information is gleaned in meta-analysis format that uses flawed data as the source of their conclusions.

Treatment plans, protocols, and guidelines are far superior then in the past, but again contain "expert opinion" not necessarily the true facts.  What is left out in these plans is the "Art of Medicine".  An experienced clinician can take the best of the information and cater it to the individual patient.

How does one keep up?
What to read/review?  These are what I use and have kept me pretty current.  These are not direct recommendations, but suggestions based on my specialty and practice.
Posted by Unknown at 8:59 AM No comments: 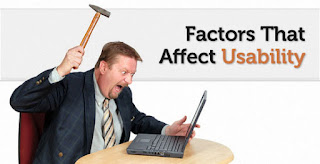 One of the recurring themes of practitioners is that EHR programs lack of easy, intuitive usability that creates major work-flow issues.  These problems directly affect throughput, efficiency, and provider work satisfaction.  These factors ultimately lead to a 15-20% decrease in productivity, while forcing providers to add additional services like scribes and mid-level providers.  Bottom line:  costs are up, income is down, and generalized unhappiness is rampant.
The following tech blog analyzes the cost of poor usability on productivity.  Hope you find it informative.
http://blog.technologyevaluation.com/blog/2013/05/08/can-you-afford-not-to-invest-in-usability/
Posted by Unknown at 11:30 AM No comments: 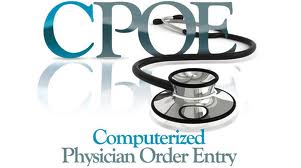 There's an inevitable clash between the goals of a CPOE and the realities required for its clinical use.  Conceptually, the intent is for the provider to govern quality and cost through direct interaction with the machine, without interference.  But in reality, most providers need help when keying in the data.

CPOE, therefore, has multiple potential redeeming values.  How may of those actually come to fruition in real ED life?  Let's look...

In theory, on the positive side, we have:
All these anticipated "pipe-dream" positives are balanced by the inevitable presence of unintended consequences.  CPOE, as many efforts in the realm of HIT, suffers from the old axiom:  "The Devil is in the Details".  We would think that when CPOE implementation successfully keeps it simple stupid (KISS), addressing the goals noted in the positives, it can in most cases, be easily utilized, and with success.  Yes, one would think...Right??

Actually what happens... First, there are the realities of HIT development in the modern world.  Often, the development team has difficulty retaining the focus and goal of more simple modules and projects.  As a result, the addition of new wish-lists from those beta-testing the rougher drafts, accumulate and grow.  In that way, many teams feel they can accomplish more than they actually can.  And just because the team's desire is there, that does not translate into superbly usable final product.  Commonly a development team can get lulled into trying to expand the conceptual boundaries of a module, like CPOE, and make an all-inclusive "problem solver".  But in reality, that extension of purpose often adds layers of complexity, and winds up impairing usability for the clinician.  Moreover, since CPOE implementations are often hospital-wide, there frequently arises a "one-size fits all" mentality, that encourages uniformity, instead of specialized diversity, and tries to cater to every specialty with the same structure.  Thus, many attempts to create facility wide CPOE have turned into cumbersome, user-unfriendly, mammoths that demand and the record voluminous transactions, failing to truly assist each individual physician user in a fashion appropriately specific to his or her needs.

Since the CPOE record is necessarily interwoven with the various documents of care, these extraneous elements become part of the chart, and in real-time, influence the tracking board, hence flow and efficiency with the equivalent of sludge in an engine.  Here are some design principles to help that not happen.
In conclusion:  A cohesive, concise CPOE would allow the provider to practice medicine in a manner that is interactive with the machine, but is not overburdened with data entry.  It would support the provider in making make intelligent choices that optimize patient care, and consciously utilize resources.

Work-flow Commentary by Donald Kamens, MD, FACEP
Some footnotes on physician-machine interaction, and how to get the most efficiency from the most expensive person: